Don Charlwood at Nareen in the 1930s, early in his writing career.

Don Charlwood at Nareen in the 1930s, early in his writing career.

Don Charlwood was born in Melbourne, Victoria, Australia in 1915 and died in Melbourne in 2012, aged 96. He spent his boyhood in the seaside town of Frankston and was educated at Frankston's Primary and High Schools. 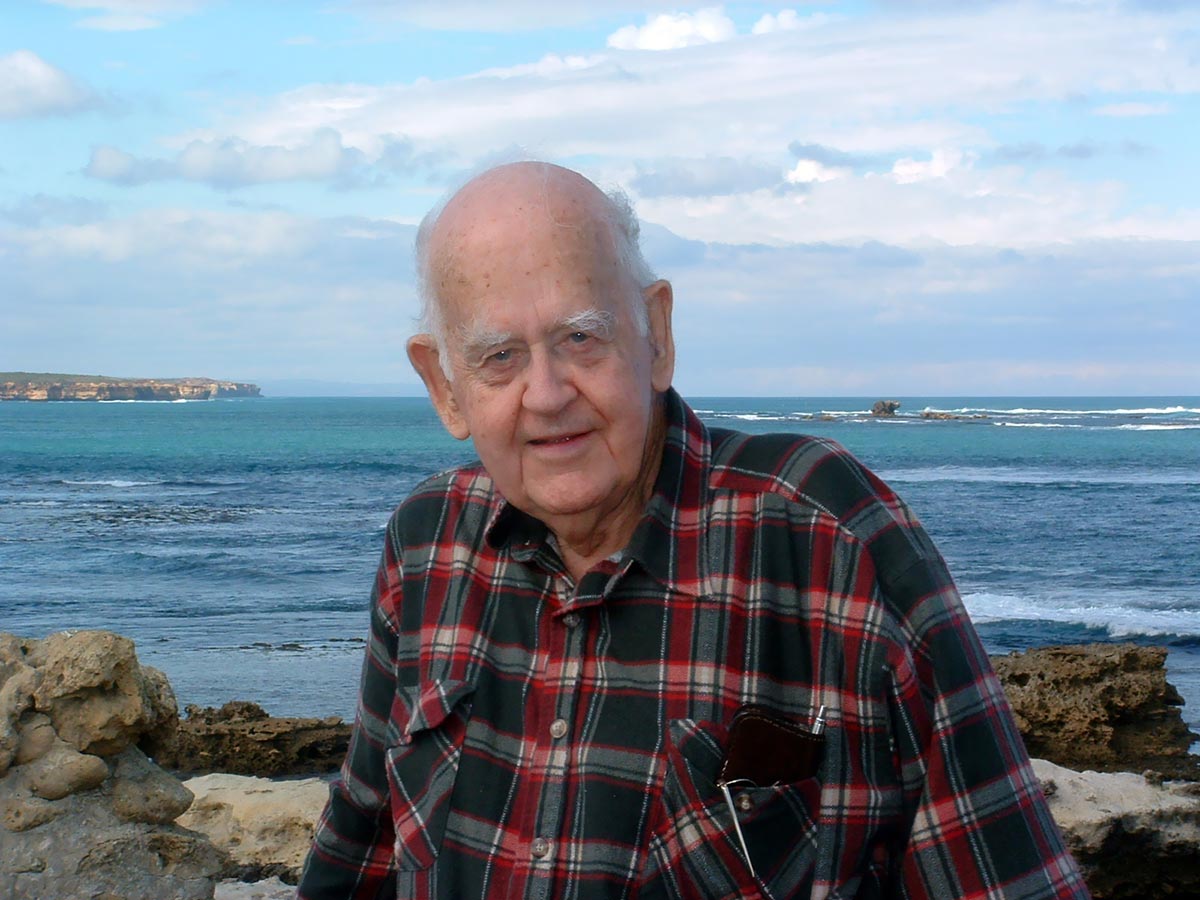 Having lost his job during the 1930s Depression, Charlwood hitchhiked to a cousin’s sheep property at Nareen in the Western District of Victoria. He travelled via Cape Otway, seeking the place where his grandmother and great-grandmother were shipwrecked in 1855 on the sailing ship Schomberg.

From Nareen Don Charlwood joined RAAF aircrew in 1940 and served in the Second World War as a navigator with Bomber Command in Britain, during a period of very heavy losses.
In the seven months of 1942-43 that Charlwood’s crew was on 103 Squadron, it was the only crew to complete the thirty operational sorties over Europe required for a first tour. In 1944 Charlwood married Nell East, a Canadian schoolteacher. They had met during his navigator training in Edmonton, Alberta.

After the War Charlwood worked for thirty years in air traffic control, first at Melbourne Airport then as a selector of men for air traffic control training. The ‘Don Charlwood Award’ for the top trainee of each year was named in his honour. During his working life Charlwood wrote and had published the first three of his books.

Early in his retirement Charlwood began researching and writing about the sailing ship era, immigration by sail and shipwrecks. This led to the publication of a number of books, all now published by Burgewood Books.

Don Charlwood was made a Member of the Order of Australia (AM) in 1992 for services to Australian Literature. He and his wife lived near Melbourne and had three daughters and one son, and five grandchildren.